Supervisor Luis A. Alejo was elected in June 2016 to represent District 1 on the Monterey County Board of Supervisors. His district includes most of the City of Salinas, including the Alisal, parts Central and North Salinas, Chinatown and part of Oldtown Salinas.

Alejo serves on the Executive Board of the California State Association of Counties (CSAC) and is a past President of the Latino Caucus of California Counties. He also serves on the County Budget, Legislative, Cannabis, Health and Human Services, Equal Opportunity, Military and Veterans Affairs, Remote Access Network, Human Resources and Health, Housing and Human Services Committees. He serves as the Chair of the Transportation Agency of Monterey County (TAMC) and a Board Director of the Monterey-Salinas Transit (MST) and the Salinas Valley Basin Groundwater Sustainability Agency (SVBGSA). In addition, he serves as co-chair of the Community Alliance for Safety and Peace (CASP) and the Lead Me Home Leadership Council (Homeless Services Coalition), and as a Monterey County LAFCO Commissioner.

Alejo is a proud son of migrant farmworkers and of a Vietnam-era veteran of the United States Army. His family originally came to work in the Salinas, Pajaro, Santa Clara and Central Valleys as migrant farmworkers in the 1950s. His grandparents were one of the early families to join the Farmworker Rights Movement with labor leader Cesar Chavez in 1970 when he first came to Salinas and Watsonville.

Alejo is a former high school teacher who graduated with honors from University of California at Berkeley, receiving dual bachelor’s degrees in political science and Chicano Studies. He continued his education at the University of California, Davis, School of Law, where he earned his Juris Doctorate (J.D.)., and later Harvard University, where he finished his academic career in 2003 by obtaining his Masters of Education degree (Ed.M) in Administration, Planning and Social Policy. He then worked as a graduate research assistant for the Harvard Civil Rights Project under Professors Gary Orfield and Patricia Gandara in Cambridge, Massachusetts.

After finishing his graduate studies, Alejo began his legal career by championing the rights of working families as a staff attorney for California Rural Legal Assistance (CRLA) in Watsonville where he represented farmworkers, immigrants, women, students and other working families. He later worked as a staff attorney the Monterey County Superior Court where he provided free legal assistance to thousands of self-represented litigants in family and civil law, including assisting hundreds of victims of domestic violence with obtaining temporary restraining orders.

Alejo would later pursue politics and served as Mayor and Vice-Mayor of his hometown of Watsonville. Alejo was first elected to the Assembly in November 2010 at the age of 36 to represent the 28th Assembly District, which consisted of San Benito, Monterey, Santa Clara and Santa Cruz Counties. He became the youngest legislator to represent the Monterey Bay region in Sacramento. In November 2012, he was re-elected to the Assembly as the representative of the newly formed 30th Assembly District.

Alejo also authored numerous landmark pieces of legislation, including the bill to raise the minimum wage to the highest level in the country (AB10) and to allow undocumented immigrants to obtain valid California drivers licenses (AB60) and to create the first statewide ethnic studies model curriculum in the nation (AB2016). Over the six years in the Assembly, 78 of his bills were signed by Governor Jerry Brown and 18 resolutions were approved by the legislature. As a result of his work, Alejo was ranked “2013 Most Effective Democratic Assemblymember” by the AroundTheCapitol Nooner and was awarded the “2015 Legislator of the Year” by the California League of Cities. 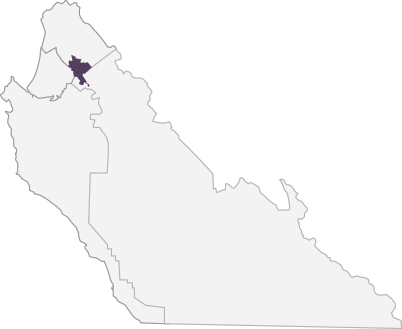