Meningococcal disease can refer to any illness that is caused by the type of bacteria called Neisseria meningitidis, also known as meningococcus [muh-ning-goh-KOK-us]. These illnesses are often severe and include infections of the lining of the brain and spinal cord (meningitis) and bloodstream infections (bacteremia or septicemia).  Rates of meningococcal disease have been declining in the United States since the late 1990s. There are now fewer than 1,000 cases reported each year. Meningococcal disease is also seasonal: the number of cases generally peaks each year in December and January.  Anyone can get meningococcal disease, but rates of disease are highest in children younger than 1 year of age, followed by a second peak in adolescence typically around 16 years of age.

8/3/2016 Alert:  Meningococcal Disease Outbreak.  Due to an ongoing outbreak of meningococcal disease in Southern California, all gay and bisexual men and all HIV-infected persons in Los Angeles, Orange and San Diego Counties are recommended to receive MenACWY vaccine. Most of the patients have been gay or bisexual men. 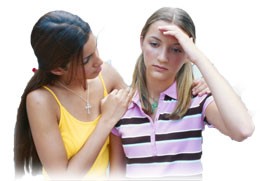 The symptoms of meningococcal meningitis can appear quickly or over several days. Typically they develop within 3-7 days after exposure.

In newborns and infants, the classic symptoms of fever, headache, and neck stiffness may be absent or difficult to notice. The infant may appear to be slow or inactive, irritable, vomiting or feeding poorly. In young children, doctors may also look at the child’s reflexes, which can also be a sign of meningitis.

If you think you or your infant or child has any of these symptoms, call the doctor right away.

If you think you or your infant or child has any of these symptoms, call the doctor right away.

Meningococcal septicemia is very serious and can be fatal. In fatal cases, deaths can occur in as little as a few hours. In non-fatal cases, permanent disabilities can include amputation of toes, fingers, or limbs or severe scarring as a result of skin grafts.

Neisseria meningitidis bacteria are spread through the exchange of respiratory and throat secretions like spit (e.g., by living in close quarters, kissing). Fortunately, these bacteria are not as contagious as germs that cause the common cold or the flu. The bacteria are not spread by casual contact or by simply breathing the air where a person with meningococcal disease has been.

Sometimes Neisseria meningitidis bacteria spread to people who have had close or lengthy contact with a patient with meningococcal disease. People in the same household, roommates, or anyone with direct contact with a patient's oral secretions, meaning saliva or spit, (such as a boyfriend or girlfriend) would be considered at increased risk of getting the infection.  People who qualify as close contacts of a person with meningococcal disease should receive antibiotics to prevent them from getting the disease. This is known as prophylaxis (pro-fuh-lak-sis). The health department investigates each case of meningococcal disease to make sure all close contacts are identified and receive prophylaxis. This does not mean that the contacts have the disease; it is to prevent it.

Certain groups of people are at increased risk for meningococcal disease.  Some risk factors include: 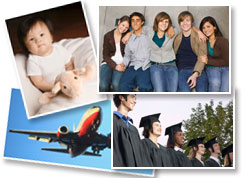 If Neisseria meningitidis bacteria are present, they can be grown (cultured). Growing the bacteria in the laboratory is important for confirming the presence of bacteria, identifying the specific type of bacteria that is causing the infection, and deciding which antibiotic will work best. Other tests can sometimes detect and identify the bacteria if the cultures do not.

Meningococcal disease can be treated with a number of effective antibiotics. It is important that treatment be started as soon as possible. If meningococcal disease is suspected, antibiotics are given right away. Antibiotic treatment should reduce the risk of dying, but sometimes the infection has caused too much damage to the body for antibiotics to prevent death or serious long-term problems. Even with antibiotic treatment, people die in about 10-15% of cases. About 11-19% of survivors will have long-term disabilities, such as loss of limb(s), deafness, nervous system problems, or brain damage.

Depending on how serious the infection is, other treatments may also be necessary. These can include such things as breathing support, medications to treat low blood pressure, and wound care for parts of the body with damaged skin.

Keeping up to date with recommended immunizations is the best defense against meningococcal disease. Maintaining healthy habits, like getting plenty of rest and not coming into close contact with people who are sick, can also help.

There is a vaccine for the bacteria that cause meningococcal disease. However, available vaccines do not cover all serogroups (“strains”) of Neisseria meningitidis bacteria. Like with any vaccine, meningococcal vaccines are not 100% effective. This means that even if you have been vaccinated, there is still a chance you can develop a meningococcal infection. People should know the symptoms of meningococcal meningitis and meningococcal septicemia since early recognition and quick medical attention are extremely important.  Learn more about who should get this vaccine.

Sometimes Neisseria meningitidis bacteria spread to other people who have had close or lengthy contact with a patient with meningococcal disease. People in the same household, roommates, or anyone with direct contact with a patient's oral secretions (saliva) (such as a boyfriend or girlfriend) would be considered at increased risk of getting the infection. People who qualify as close contacts of a person with meningococcal disease should receive antibiotics to prevent them from getting the disease. This is known as prophylaxis.