Check out this great video that gives a brief overview of the environmental health inspector job and what it entails. Why environmental health is important to our communities, the great aspects of the job and information on skill and education needed to become an inspector. Produced by SF Department of Health

Vector and Pest Control: What Are You—What Are We—Doing About It?

Great article from www.neha.org about how "Vectorborne disease cases have tripled over the last decade and new vectorborne pathogens are being discovered or introduced into new regions. Furthermore, 80% of vector control organizations lack critical prevention and control capabilities. Thus, environmental health programs and professionals need the training, resources, and skills to deal with this ever-increasing threat"...

After years of requests from marijuana growers in communities from Big Sur and Carmel Valley to southern Monterey County, the Board of Supervisors is poised Tuesday to consider moving forward with regulation to allow outdoor commercial cannabis cultivation....

A “major” cannabis enforcement effort targeting both the black market and legal market compliance is being led by multiple Monterey County departments in the unincorporated county, according to a top county official. The effort is expected to intensify with the start of the new fiscal year on Monday...

A letter from Luis A. Alejo, Board of Supervisors in support of AB 22803.

A letter from Luis A. Alejo, Board of Supervisors in support of AB 2073.

A letter from Foothills Water Association

A letter from Foothills Water Association regarding the possible closure of the Monterey County Chemistry Laboratory .

SIX THINGS YOU ARE RECYCLING WRONG

Finding out just which restaurants in your town are meeting food safety standards - and blowing the whistle on those that aren't - is easier than ever with the release of a new phone app...

It’s something you know not to do with your groceries: leave raw beef, poultry, and milk sitting for hours without refrigeration. But an NBC Bay Area investigation caught several local restaurant owners and staff in the act, ignoring some of the most basic food safety practices....

All local retail food enforcement agencies are noticed that federal Food and Drug Administration (FDA) order pertaining to partially-hydrogenated oils (PHOs) takes effect June 18, 2018. The order is available at online here or by clicking the link below.

The major compliance provisions of the Order:

A. Partially Hydrogenated Oils (PHO) are not generally recognized as safe (GRAS) for any use in human food. The FDA defines ‘safe’ as: a reasonable certainty in the minds of competent scientists that the substance is not harmful under intended conditions of use (21 CFR 170.3(i))...

FROM THE DESK OF RUBEN ZURITA

Letter from Ruben C. Zurita, CTf State of California. The letter is regarding the closure of the County Lab and requests that the Chair and Board of Supervisors evaluate the importance of keeping Monterey County lab open for all county residents.

Letter from Alicia Coronado, Human Resources Manager, to the board of supervisors regarding the closure of the Monterey County Chemistry Laboratory.

Letter from Sophie James, Director of Water Quality, to the board of supervisors regarding the closure of the Monterey County Chemistry Laboratory.

Letter from Ken Stearns, Food Safety Director, to the board of supervisors regarding the closure of the Monterey County Chemistry Laboratory.

Among those giving - staff from the Health Department. Last Saturday, the Environmental Health Bureau organized a cleanup of the Natividad Creek/Car Lake area in conjunction with the Salinas Valley Solid Waste Authority and various volunteer teams. Participants included Director Elsa Jimenez, members of the Environmental Health, Public Health and Behavioral Health Bureaus, all working together to beautify this area. Great job!

THE MONTEREY REGIONAL WASTE MANAGEMENT DISTRICT HAS A NEW FACILITY TO PROCESS YOUR TRASH. BUT THERE ARE PROBLEMS IN CHINA, AND IT'S NOT ABOUT TRUMP.

IT’S A BRISK, LATE AFTERNOON ON FEB. 23 when Tim Flanagan, general manager of the Monterey Regional Waste Management District, steps up to a podium to deliver remarks to a smiling crowd at a ribbon-cutting event for the district’s new materials recovery facility in Marina.

It’s a location that, imprecisely, is often referred to as “the dump,” because it’s also the site of the landfill that serves much of Monterey County, including the entire Monterey Peninsula.

“Thank you everybody for coming here tonight,” Flanagan says cheerfully – he’s a cheerful guy – and after introducing himself, he adds, “The card in front of me says to remind everybody that this is big!”....

North Monterey County >> After re-opening last weekend for the first time in nearly a month, the popular Red Barn Sunday market has been shut down temporarily by Monterey County amid a dispute between a co-owner and the longtime manager who are locked in a court battle over the late owner’s will.

On Wednesday, county officials announced the Red Barn market would be closed under a court injunction starting on Sunday until a scheduled April 27 hearing in Monterey County Superior Court on the county’s bid for a court-appointed receiver to operate the market while ensuring the site is brought into compliance with state law and county code.....

Young children, high schoolers and adults gathered on Saturday on what would have been Cesar Chavez’s 91st birthday to clean the Salinas park named after him.

The cleanup event at Cesar Chavez Park in East Salinas, hosted by the Return of the Natives organization along with the Monterey County Department of Health, focused on collecting trash and pulling weeds in an effort to keep it safe and clean for the public......

ARIZONA MAY SOON SEND RECYCLED WASTEWATER TO THE TAPS OF RESIDENTS

Arizona has become the first state to adopt a complete regulatory approach to the implementation of direct potable reuse. This was made official in January, and involves a process that will see wastewater treated so thoroughly that it meets drinking water standards. It is then sent straight to the taps of residents and businesses.

The new regulation, which went into effect on January 1, 2018, will allow officials to grant permits to facilities that practice advanced treatment on reclaimed water that is adherent to the necessary standards of drinking water....

A working group of Monterey County and Salinas Valley officials are backing a preliminary proposal that would establish a moratorium on new wells in an even larger part of the northern valley affected by worsening seawater intrusion. On Tuesday, the Board of Supervisors heard a report from a 90-day working group of representatives from the county Water Resources Agency, county Health Department and the Salinas Valley Basin groundwater sustainability agency that included a preliminary recommendation to establish the new wells moratorium in the valley’s 180-foot and 400-foot aquifers, and take other measures aimed at slowing or halting the quickening advance and migration of seawater intrusion...

Addressing the problem of sewage spills

When nearly three million gallons of untreated sewage spilled into the ocean two miles off the coast of the Monterey Bay last month, the general manager of the organization responsible for the spill called it a “wake up call.”

But by many accounts, the Monterey Peninsula has been awake for years to the problem of sewage spills. Pacific Grove began replacing its system in 2004, Monterey has entered the second phase of a new sewer plan in 2013. The number of calls have decreased and spills are now tracked electronically...

SACRAMENTO – California Attorney General Xavier Becerra today announced that he is establishing a Bureau of Environmental Justice (Bureau) within the Environment Section at the California Department of Justice. The Bureau’s mission will be to protect people and communities that endure a disproportionate share of environmental pollution and public health hazards. This will be accomplished through oversight, investigation, and enforcement of the law. The Bureau’s attorneys will work primarily with attorneys in the Environment Section handling environmental enforcement matters on behalf of Attorney General Becerra. They will also coordinate with and utilize the expertise of other sections within the Attorney General’s Office, as needed....

California bill would override L.A. and other cities that don't license street vendors

Los Angeles lawmakers have wrestled for years with how to legalize and regulate the vendors who sell food and goods on the city's sidewalks.

Now a state legislator is championing a bill that could take some of those decisions out of the city's hands. Under a proposal from Sen. Ricardo Lara (D-Bell Gardens), California cities would not be able to regulate or ban vendors unless they have a licensing system that meets several requirements....

California bill would override L.A. and other cities that don't license street vendors

From Breitbart News Network to The Washington Post, a story about Costco shopping carts and raw meat briefly captured the attention of media from right to left this week in a rare alignment.

Actually, though, Costco is getting a raw deal. Only its shopping carts were involved, apparently without permission, but some people misunderstood a Friday Facebook post by Loretta Seto. The post falls into the category of “everybody has a camera,” as barfblog.com founder Doug Powell would say....

How to get rid of rats 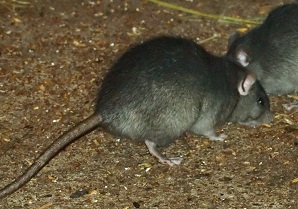 Rats have lived among us for eons, feasting on our food stores and finding warmth in our homes. The battle to get rid of rats is waged around the world, and countless traps and poisons have been deployed to varying degrees of success. Follow these basic steps to free yourself from this vermin and prevent them from returning.

Rats and mice only need the smallest of opening to gain access into your home. Make sure the screens into your crawlspace are in good condition and secure, and that any exterior doors to your basement close tightly and leave no space at the bottom or sides. Open soffit vents and holes around your roof can also be used by rats to enter your home. Other animals such as raccoons, skunks, and possums will seek areas under your home to create nests, and the last thing you want is a family of these vermin living under your floors.

Protect Yourself from Ticks Where You Work! 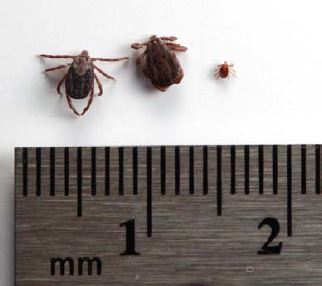 If your job involves working outdoors where ticks are found (grassy, brushy areas; mixed hardwood forest), you may be at risk for tick bites and the diseases ticks carry. In California, common ticks include the western black-legged tick (Ixodes pacificus) which may transmit Lyme disease, the Pacific coast tick (Dermacentor occidentalis), and the American dog tick (D. variabilis) which may spread Rocky Mountain spotted fever among other diseases.

These diseases can be serious. It is important that you and your employer know how to prevent tick bites while working outdoors, and what to do if you are bitten. This article focuses on the kinds of ticks most likely to be encountered in the outdoor workplace.