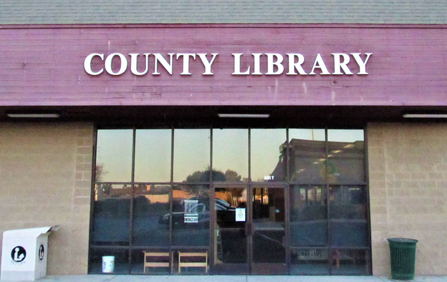 Gonzales is located on the land grant given to Teodoro Gonzalez in 1836 - Rancho Rincon de la Puente del Monte, some 15,000 acres south of Salinas. He deeded that land to his sons, Alfredo and Mariano, who founded the town in 1874. Gonzales is known as the “Wine Capital of Monterey County”. The Gonzales Branch was first established on May 20, 1915. Miss Agnes Young was the first custodian (keeper, person in charge) of the library from May 20, 1915 until February 1919. The Gonzales library opened at its present location on November 1, 2008.

The new library came with 21 public computer terminals – double what the branch had in the past. They were, and continue to be, a well-used feature by Gonzales patrons.

Gonzales Branch became affiliated with MCFL on May 20, 1915. It was moved to its present location in the Shaw Enterprise Shopping Center in 2008.
Square Footage:5,100