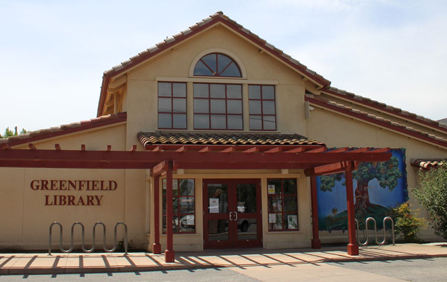 Greenfield has its humble beginnings in a tent city known as “Three Mile Flat”. The town grew up around the land purchased (the Joaquin de la Torre land grant) and resold by John S. Clark. Almost 300 families united to jointly purchase a large chunk of the former Rancho Arroyo Seco and thus the town of Greenfield was established. Greenfield was incorporated in 1947.

Greenfield Branch was the first branch library for MCFL. It moved to its present location in 1994.
Square Footage: 7,192