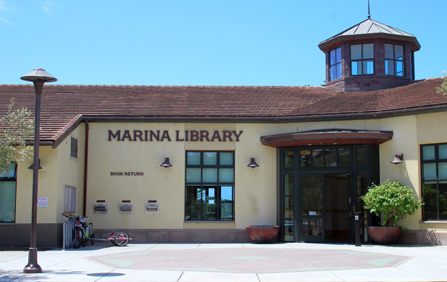 Marina, a city facing Monterey Bay, was incorporated in 1975, just three years after its founder died. In 1912, William Locke-Paddon, a San Francisco real estate man, purchased 1500 acres of the Pueblo Tract No. 1, City Lands of Monterey and divided it into small plots. Marina is the Spanish word for “shore” or “seacoast”.

The Marina branch was established on April 24, 1916. The Marina Library opened in its present location September 2007, and the new building included a wing to house the administrative headquarters for the Monterey County Free Libraries System, anchoring a countywide system of neighborhood branches.