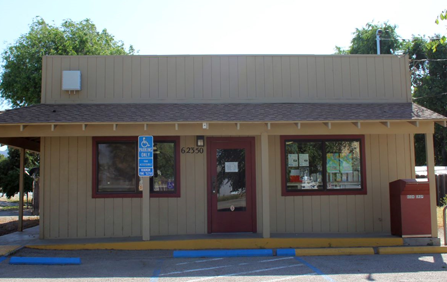 According to information given in Monterey County Place Names (page 500), San Ardo, the center of the oil industry in Monterey County, is located on the east side of Highway 101 between San Lucas and Bradley. The Salinas Weekly Index of July 15, 1886 article states:

“Mssrs Godchauz & Brandenstein have surveyed off a town along the line of the railroad on their San Bernardo rancho, about 40 southeast of Soledad and 20 miles northwest of San Miguel. They have christened it “Bernardo,” a very mellifluous name. The embryo city is pleasantly situated between the irrigating canal and the river, and consists of blocks 300 square feet, with a 20-foot alley running through the center.”

The town’s name eventually changed to San Ardo. There are a few lines of speculation as to how the change came about, but the most plausible one is that the U.S. Postal Service expressed concern about the possible confusion between San Bernardo and San Bernadino and Mr. Brandenstein simply lopped off the “Bern” in the name.

San Ardo Branch was operated as a summer branch with Miss Ursula Whitney as custodian in 1916. The Library opened at its current location on April 12, 1986.