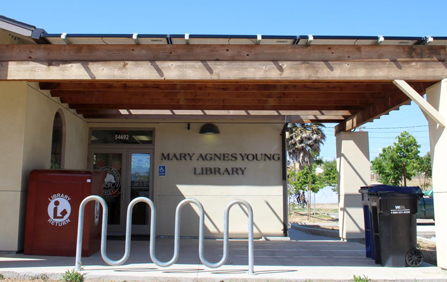 San Lucas is a small town in South Monterey County off U.S. Highway 101 near the junction with State Highway 198. It was established in 1886. According to the King City Rustler, “When the Southern Pacific extended its tracks south, the right of way was given by Alberto Trescony who owned the San Lucas and San Benito grants. In return the Southern Pacific gave a spur track agreeing to keep it active, and planned to name it after Trescony….But Mr. Trescony thought the name “San Lucas” would be more apropos. Shortly after, he built a warehouse there to store wheat he brought in from surrounding farms. Thus a town began – the town of San Lucas.”

Donald Thomas Clark’s Monterey County Place Names states that “Trescony probably chose “San Lucas” because the townsite was just over the line from Rancho San Lucas which he owned.” Rancho San Lucas, an 8,000-plus acre original Spanish land grant, was bought by Trescony’s grandfather while Monterey was still ruled by Mexico. It has, according to Alta Vista Magazine, 7/15/90, the oldest ranch brand in use in the state.