In February 1993, the Monterey County Board of Supervisors adopted Ordinance No. 3663 that required water suppliers within Zones 2, 2A, and 2B to report water-use information for groundwater extraction facilities (wells) and service connections to the Monterey County Water Resources Agency (Agency). Monterey County Ordinance No. 3717, which replaced Ordinance No. 3663 and was adopted in October 1993, modified certain other requirements in the previous ordinance while keeping the groundwater extraction reporting requirements in place for wells with a discharge pipe having an inside diameter of at least three inches.

The MWRA has collected groundwater extraction data from well operators, for the period beginning November 1 and ending October 31, starting with the 1992-1993 reporting year. Information received from the 300-plus well operators in the above-referenced zones of the Salinas Valley is compiled by the Groundwater Extraction Management System (GEMS) portion of the Water Resources Agency Information Management System (WRAIMS), a relational database maintained by the MCWRA. The intent of the groundwater reporting program is to provide documentation of the reported amount of groundwater that is extracted from Zones 2, 2A, and 2B of the Salinas Valley Groundwater Basin each year.

Since 1991, the MCWRA has required the annual submittal of Agricultural Water Conservation Plans (Ordinance 3851), which outline the best management practices that are adopted each year by growers in the Salinas Valley. In 1996, an ordinance was passed that requires the filing of Urban Water Conservation Plans (Ordinance 3886). Developed as the urban counterpart of the agricultural water conservation plans, this program provides an overview of the best management practices being implemented by urban water purveyors as conservation measures. 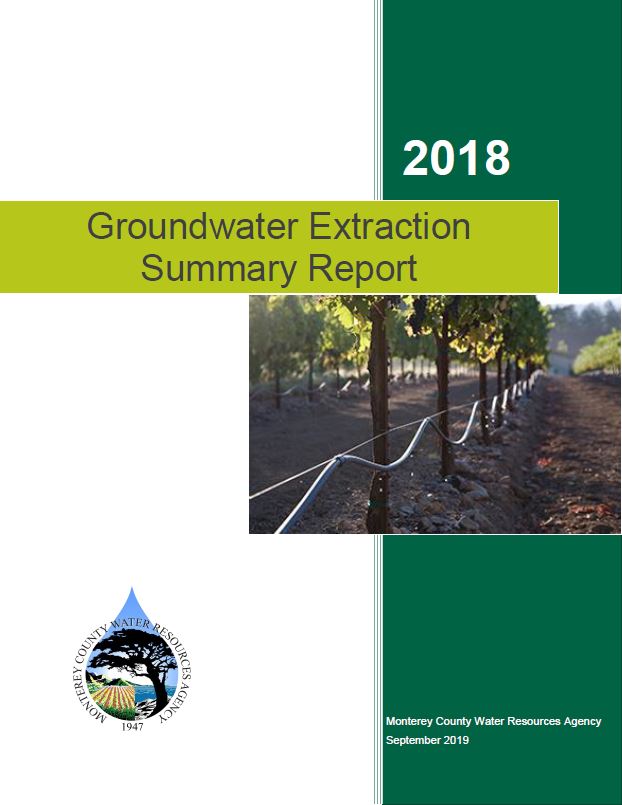