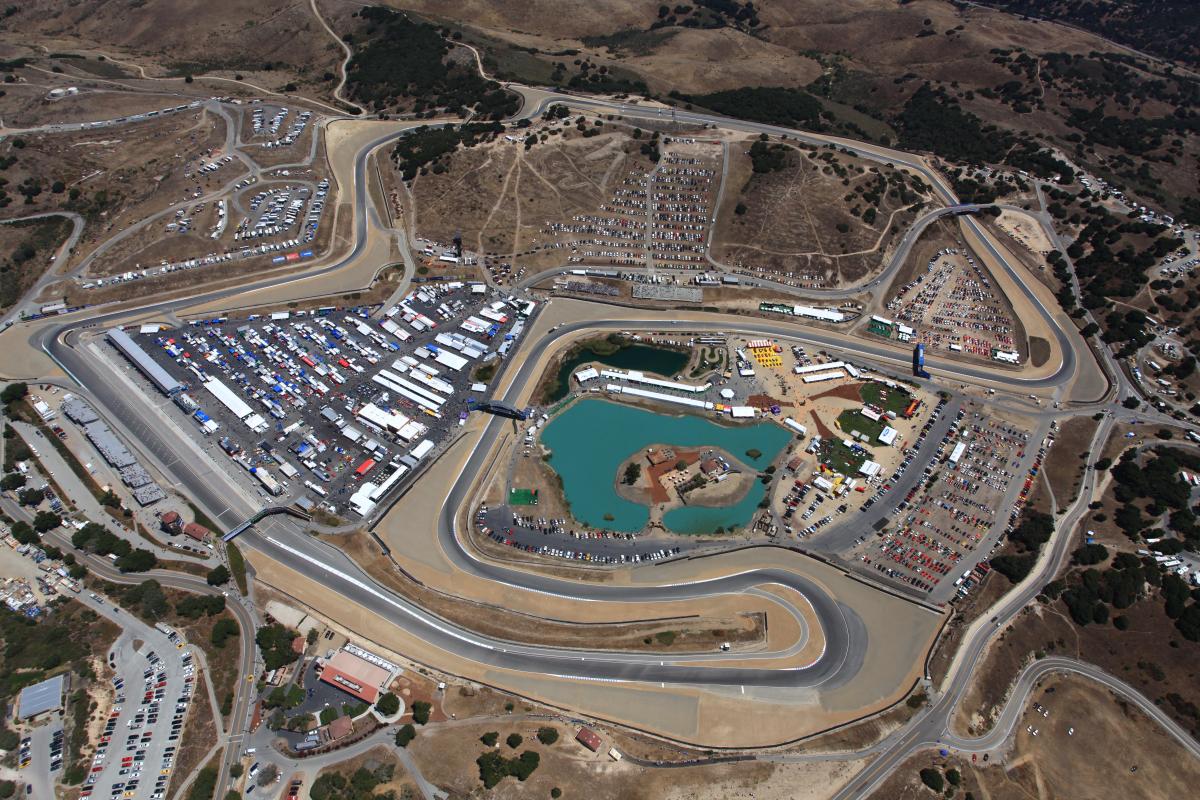 The Monterey Peninsula’s love affair with world-class racing traces its beginnings to the inaugural running of the Pebble Beach Road Races in 1950. Those sports car events quickly outgrew the public roads of the Del Monte Forest and a beautiful new road racing facility was born on November 9, 1957.

The earliest development of the local area occurred in 1867 with the founding of the nearby Laguna Seca Ranch, which had operated continuously for 140 years with grazing and equestrian uses.

The original Laguna Seca Raceway was built in 1957 at a cost of $1.5 million raised from local businesses and individuals on part of the US Army’s Fort Ord (a maneuver area and field artillery target range) after the nearby Pebble Beach Road Races were abandoned for being too dangerous. In 1974, the property was deeded over to the Monterey County Parks Department. The entire facility is owned by Monterey County.

The track itself has undergone significant changes over the past two decades to meet evolving safety homologation requirements. Changes include the addition of the entire infield area in 1988 (present day turns 3, 4 and 5, eliminating the straight that started at present day Turn 2 and ended at present day Turn 5) extending the track from its original 1.9-mile length to its current 2.238-mile length, plus the relocation of pedestrian bridges and embankments, and the expansion of gravel pits for additional runoff.

The original media center was demolished in 2006 and replaced by the Hospitality Pavilion (formerly known as the Red Bull Energy Center), a modern entertainment facility with commanding views of the facility.

Perhaps one of the most famous moments of racing took place at the Corkscrew when Alex Zanardi passed Bryan Herta on the inside of the Corkscrew on the last lap of the 1996 CART race to take the victory.

The Corkscrew:
WeatherTech Raceway Laguna Seca is an 11-turn, 2.238-mile jewel of a road course on California’s beautiful central coast. While the track is a favorite of racers and fans worldwide, many focus on one specific section—officially Turns 8 and 8A—or more commonly known as The Corkscrew.

The Corkscrew is a one-of-a-kind turn in motorsports. Here’s what makes the hard-left, hard-right combination so spectacular:


Get to know the track with turn-by-turn details.
Click here for racelines map.
Track Rental Information


When WeatherTech Raceway Laguna Seca is not hosting a major race event, the race track is available for rental year round.

For more information contact our Track Rental Coordinator.
In the Community